Named as one of the four most innovative in fighting against health inequality, the Dara Institute was recognized by the American magazine Scientific American as one of the most influential health programs in the world.

We are happy to share the article with you.

Four innovators are finding new solutions for the problem of injustice

The world has never had better medicine, more knowledgeable doctors or stronger data on disease. But these benefits are not equally shared. To take one conspicuous example: two years of data from the Centers for Disease Control and Prevention show that Black, Hispanic and Native American people are significantly more likely to be hospitalized and die from COVID than white people in the U.S.

Health inequity includes the lack of access to appropriate care, the failure to address social factors that influence health, and the dangerous conditions that people in some neighborhoods endure. Achieving equity requires campaigns on all these fronts. These four health-care champions—a data-digging epidemiologist, an activist midwife, a doctor who traded clinic work for community activism and a pollution-tracking entrepreneur—embody that effort. —J.H. 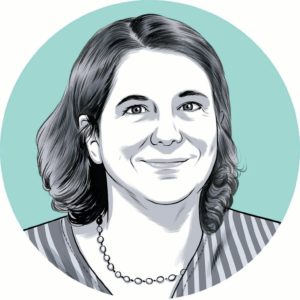 Vera Cordeiro founded one of the world’s most influential health programs, but as a child she never wanted to go near medicine. She loved art and literature, spending her days writing poetry in her treehouse and reflecting on the ways she, born into a wealthy family outside Rio de Janeiro, experienced life differently from her neighbors—many of them sick and poor.

Following family pressure, Cordeiro went to medical school, where she met a professor equally interested in people. If someone died of a heart attack, that professor would encourage his students to consider how circumstances such as the patient’s marriage or job affected their illness. In 1988, while working in the pediatric ward of Rio’s Hospital da Lagoa, Cordeiro saw for herself how life and medicine intertwine.

“We’d treat a child for pneumonia, but then we’d send her back to a house where she could not eat well or where her father was jobless, and then she’d come back again with a different infection,” Cordeiro says. Other doctors faced the same frustrations, so she started asking her patients nonmedical questions such as whether they had food or clean water or jobs, and she called on other medical professionals and friends to help them.

In 1991 she turned that informal practice into a formal organization by founding Associação Saúde Criança Renascer at the hospital. Through the association, doctors can screen for poverty, unemployment, housing issues and other root causes of disease, and volunteers help to fulfill those needs with money, food and other resources. The teams also help the parents develop Family Action Plans, setting long-term goals around things such as access to nutritious food and training for a stable job.

“Saúde Criança is a pioneer in the design and delivery of comprehensive antipoverty programs,” says James Habyarimana of Georgetown University, a public policy professor specializing in health outcomes. He praises the organization for recognizing how one dimension of poverty, such as income, affects other dimensions, such as housing, which together determine a child’s health. He says it could be replicated in all but the poorest parts of the world.

Children who were enrolled in the program were significantly less likely to need surgery or clinical treatment, according to Habyarimana’s 2013 study. If they were hospitalized, their stays were 86 percent shorter than other children’s. At the start of the program 56 percent of families identified their well-being as bad or very bad, but by the end 51 percent reported it was good or very good.

That success might explain why the organization, now called the Dara Institute, has grown rapidly. It has served 75,000 people across Brazil and inspired some 20 programs in Africa, Asia and Latin America. It has even reached Baltimore, where, since 2017, the University of Maryland has been adapting Dara’s methods to its local context.

Now 71, Cordeiro is president of the Dara Institute and is still fighting for the person behind the disease. She shows before-and-after photographs of patients’ houses—bathrooms once dilapidated and doors once cracked now renovated, allowing families to live with more dignity in their homes—and says their stories keep her going: “People move my heart.”